In today's guide, I will show you how to Intall and Use HA Tunnel Plus on your iOS (iPhone and iPad) device. Follow the step by step guide below... 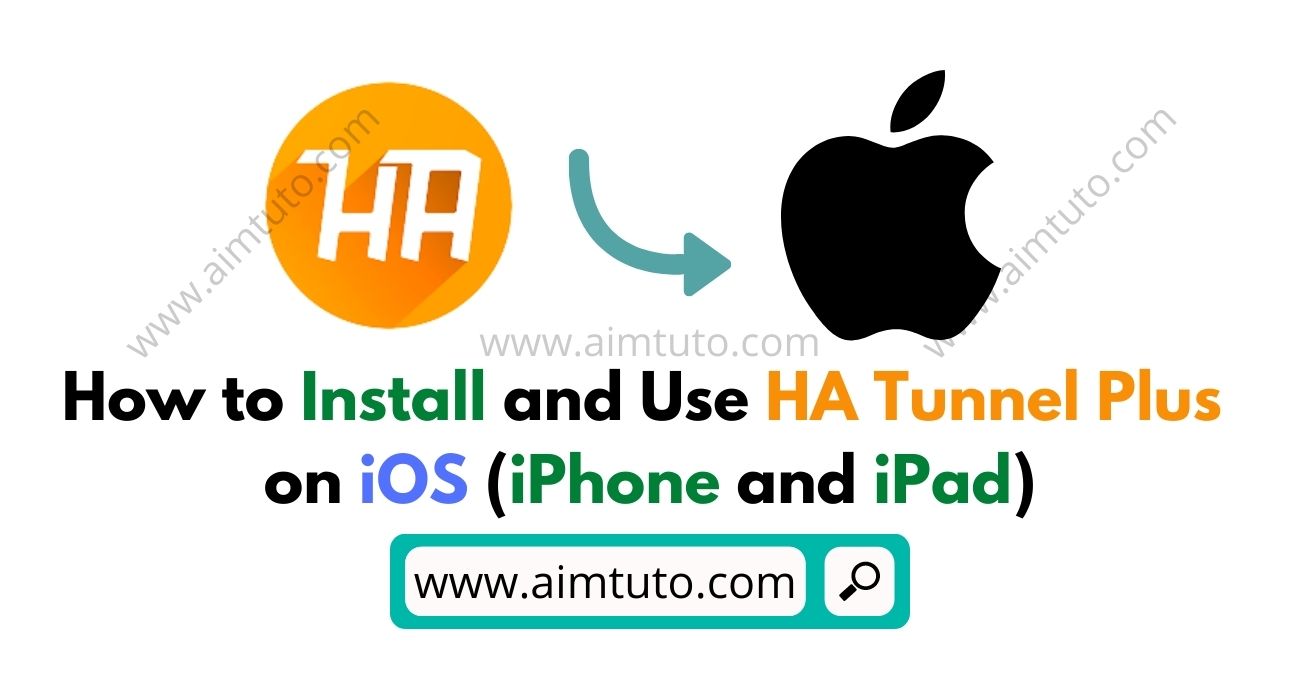 HA Tunnel Plus is a really great application with really exciting features of which its most important use is to provide free internet tricks to its users. HA Tunnel Plus previously known as HA Tunnel Pro is a VPN provider similar to other VPN such as HTTP Injector, AnonyTun VPN, Combo VPN, KA Tunnel, and many more VPN is a VPN that uses a variety for protocols (SSH, SSL/TLS, HTTP) to tunnel free internet connection coming from a bug host or a loop hole on a particular ISP.

HA Tunnel Plus is an amazing app to use though complicated and can be handled only by developers (config developers) that know and understand how this App works to create what we call working free internet HAT files.

Though you can get free internet hat files from the link above, you are kind of wondering how you can create your own free internet hat files that you can use without having to search for. Well the first thing you will need to do is to get a working free internet bug host that can be injected and connection tunneled through a protocol in order to give you free access to the internet using HA Tunnel Plus. VPN such as Psiphon don't usually require bug host to work. The most common host are usually SNI bug host because they are easy to get, setup and use for injection.

READ ALSO: How to Find Working Bug Hor For Free Internet with HA Tunnel Plus or HTTP Injector

READ ALSO: How to Create HA Tunnel Plus Free Internet HAT Files for Any Countries

Now you have gotten the complete process on how to get working free internet hat files for any country, how to find bug hosts and how to create an HA Tunnel Plus free internet HAT File.

An Android Emulator is a software or an app that simulates an Android OS on a host computer or device which can be in this case your iOS device.

In this case, we will have to use an Android Emulator that will run Android full operating system on your iOS device. The Android OS will be the guest system and the iOS device will be the host system.

So we will start by installing the Android emulator on iOS device that will now simulate android OS on our iOS screen so that we will be able to access all of Android's functionalities.

How to Install and Use HA Tunnel Plus on iOS

We will be going round with 2 procedures; the first will be to download and install the android emulator on our device and the second will be to run this android emulator and getting access to Android features on iOS then install and use HA Tunnel Plus on iOS device.

1. Downloading and Installing the Android Emulator.

Above are the best android emulators you can use on you iOS device.

Once you have downloaded the android emulators from the links above, then you have completed the first step. Now you will have to run the emulator on your iOS device. Follow the steps below.

There are many queries made by some people and that can help you out equally. Let's discuss on them below.

Is HA Tunnel Plus Available for iOS?

HA Tunnel Plus isn't available for iOS and in Appstore. But there is always a way to go round this. You can follow this article and you'll know how you can do to get HA Tunnel Plus on iOS.

How does HA Tunnel Plus Works?

HA Tunnel Plus is an app that lets you use existing connection protocols protected with SSH2. 0. This way, all the traffic generated between the client and the server is totally secure.

Why is my HA Tunnel Plus not working?

There can be many reasons why your HA Tunnel Plus doesn't work. Make sure you check your Wi-Fi / mobile data connection and verify that it is working properly. It could be finished and hindering you from updating the HA Tunnel Plus - 100% Best Free Fast Unlimited VPN app. Make sure you always update the App to the latest version. However, you can checkout the guide below for posssible fixes of connection failed issue in HA Tunnel Plus.

Can I use HA Tunnel Plus on PC?

As earlier said, you can download HA Tunnel Plus and use it perfectly without issues on your iOS device by using an Android Emulator for iOS which have been provided above.

You now know how to use not only HA Tunnel Plus on iOS but also other Android Apps on your iOS device. However, bear in mind that it will be more interesting if you get an Android device and run your favorite apps on it. This is important for those using older devices of the Apple brand.

You are free to use HA Tunnel Plus on any of these iOS devices.

Graphic Designer, Web Developer, Ethical Hacker, Programmer, Content Creator is what I am and over all a Biochemist with an aim of bypassing all restrictions that separate me from my objectives.
#Free Internet Tricks #HA Tunnel Plus