In this guide, I will show you how to hack or crack WiFi passwords on Android without root access and also hack WiFi on Windows with best hacking tool Who wouldn't want free WiFi? Obviously everyone will want to have free WiFi but it isn't that evident. Though there are free wireless WiFi in public areas, it isn't sufficient. Why not sufficient? Well not only is the WiFi in a public place that can be used by anyone including malicious persons to steal information on your phone but also, because of its really slow bandwidth.

Such WiFi are always provided by government and big institutions that keep their visitors entertained with free WiFi. For a short say, not everyone wants to use free WiFi these days due to the few drawbacks I mentioned earlier.

Additionally, everyone will like to know how to hack WiFi passwords to gain knowledge and know all the series of attacks that can be launched on wireless networks and how they can protect their own wireless network.

If you are in an area where your neighbors have WiFi that they often use, they will surely set a security key to that password and the security key may defer depending on the encryption type. There are many Wi-Fi passwords security types an we will get to mention the most used.

Going back to what we were saying, if your neighbor is uses WiFi then obviously, it should have a good bandwidth and with it, you will be able to navigate the web at very intense speeds and this speed will depend on the router and network coverage.

Skipping to the process of hacking the WiFi, if someone asked you how to hack or crack wifi passwords, what will you say? That should be a Yes. Now another thing to consider is the environment. The most common and used environment for launching wireless attacks is PC specifically, Kali Linux thanks to its numerous wireless hacking tools it has preinstalled.

However you can also hack WiFi passwords on your Windows PC (7/8/10/11) with some evolving wireless network hacking tools build and designed for PC.

As technology goes ahead everyday, it is now possible to hack WiFi passwords on Android without root using some apps such as Termux, and many other wireless hacking apps. However, for better results, you will need root access to get the passwords of WiFi passwords which use a tough security.

What is a Wireless Network? 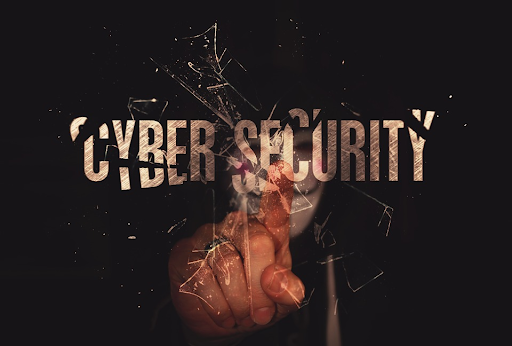 A wireless network is a computer network that uses wireless data connections between network nodes.

There are many types of Wi-Fi security for passwords. But in a common world, just 3 are used and most known. They include:

Wired Equivalent Privacy (WEP) Wi-Fi security is one of the most popular and widely used Wi-Fi securities in the entire world. This security type is generally weak and insecure for guaranteeing your Wi-Fi security. Someone can easily crack and hack such Wi-Fi security using Airmon tools from Kali Linux, Aircrack, WEPCrack, Kismet, WebDecrypt.

CHECK ALSO: How to Hack and Get Free In-App Purchases On Android (Without Root)

CHECK ALSO: How to Get All Information About Your ISP Using Your Android Phone

The Wi-Fi Protected Access (WPA) Wi-Fi security is the improved and updated version of WEP Wi-Fi security system which was introduced in the year 2003. But an American hacker found a significant flaw in WPA security keys. Due to which it became easy to hack this Wi-Fi security. It is possible to crack any Wi-Fi password that has WPA security from an Android smartphone.

It can equally be cracked by the use of some tools such as CowPatty, Cain & Abel on Windows PC.

Wi-Fi Protected Setup (WPS) is the only Wi-Fi security key that is difficult to hack. As no system is secured at a hundred percent, don't lay all your trust on such security because it can be hacked and cracked equally. However that will demand very impressive hacking skills from the person trying to hack such security.

To access a wireless network, you will need a device that supports wireless connection. These devices are generally; smartphones, laptops, printers, gaming consoles...

If a Device is password protected, you will need its password before accessing it. If you own the device or if you are authorized to use the wireless network, you will know what its password is.

If you do not have access to its password, don't worry, by the end of this guide you will know how to hack and connect to any Wi-Fi wireless network.

How to Hack/Crack Wi-Fi Passwords On Android Without Root

Android just recently had a terminal that can be used to run a series of commands for different projects. The famous android terminal is Termux and you can use Termux to hack wifi passwords on Android without root.

However, there are many other Android applications that will help you to perform this task without having to run commands. Below are 3 different apps that you can use to hack Wi-Fi Passwords on Android without  root access.

This is a very well known app that hacks Wi-Fi passwords on android without root. It has a free and paid version of the app which differ in features.

Wi-Fi WPS TESTER app hacks only those routers that connect with WPS router with limited features. Hacking Wi-Fi using this app is so easy and can be used by anyone.

This app is widely preferred by many due to its WPS and WPA password security hacking skills. It is really effective in this stuff.

CHECK ALSO: How to Fix App Not Installed Error On Android

This app will work just well on both rooted and non-rooted Android devices and with the premium version of WIFI WPS WPA Tester, you will have access to all the features of the app and hacking Wi-Fi passwords will be a gameplay you.

The app checks the Wi-Fi security, and it tries different combinations of words and numbers to crack the Wi-Fi password. The app finds the network code in a short time and connects your phone automatically.

CHECK ALSO: 6 Best Ways to Get Free US Number for WhatsApp/Facebook/Telegram/Google Verification

When we want to talk of Android apps that hack Wi-Fi password, we definitely got to mention Andro Dumpper. It is very easy to use and to navigate through its tabs.

However, the app isn't that easy to get from the internet, I'm talking of the original version here. So checkout the below section to get the working version of the app.

How to Hack Wi-Fi Passwords in Android Using AndroDumpper App

It is very easy to use this app for hacking or cracking WiFi passwords. Upon termination of its task, it will display the wireless password to you.

Follow the below steps to hack Wi-FI passwords using AndroDumpper:

CHECK ALSO: How to Sniff/Unlock/Decrypt Config Files WIthout Root

The app works well on non rooted android smartphones as well as on rooted devices. For better results, you will need to use  rooted device with the app to get more information concerning the wire network you are trying to hack.

Follow the steps below to know how to hack Wi-Fi passwords using WiFi connect app:

CHECK ALSO: How to Get a Bitcoin Loan Instantly Without Verification Nor Collateral

Method 4: How to Hack Wi-Fi Password on Android Without Root Using Termux.

Termux is a very common Android terminal used for many pentest projects in Ethical Haking and for launching various attacks in computer systems.

Now, you can use some Wi-Fi hacking tools repositories from GitHub in Termux by cloning the repo and running it from Termux core.

Checkout these Wi-Fi Hacking Tools on GitHub that you can use in hacking Wi-Fi passwords (WEP, WPS, WPA, WPA2/TKIP/IES) in Android with Termux.

CHECK ALSO:  How to Hack Two-Factor Authentication in Any System

You will also get some useful information that will help you when cracking WEP and WPA keys of wireless networks.

How to Decrypt/Decode Wireless network passwords stored in Windows

How to Secure Wireless Network Connections

It is always a good thing to keep your Wireless Network secure and away from hackers. For that, you will need to implement the following measures:

If you are fan of hacking, the this little hacking tutorial will help you a lot in hacking or cracking Wi-Fi passwords on Android and PC.

Many smartphones released now make it difficult for us to root them due to the security features enhanced by the manufacturers. That's why, it is a good thing you should know of the best apps that you can use to hack any Wi-Fi Password on Android without root access.

However, if you are to perform this on android, I will recommend you to use a phone with an android version of 4.0 to 6.0 for better results.

You can as well use the PC tools to crack Wi-Fi passwords on your PC. The results will be even best.

Now, you can claim to be a Wi-Fi password hacker.

Graphic Designer, Web Developer, Ethical Hacker, Programmer, Content Creator is what I am and over all a Biochemist with an aim of bypassing all restrictions that separate me from my objectives.
#Essential Tutorials #Ethical Hacking and Cyber Security #WiFi Hacking