Why Was Into The Badlands Season 4 Cancelled?

Into the badlands To return or Not 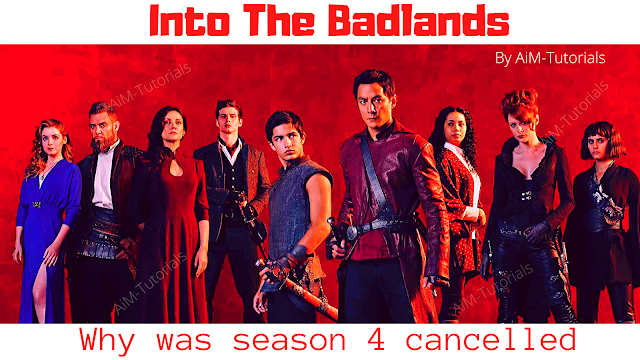 Into the badlands a great TV Series was thoroughly cancelled at season 3 and many are wondering “how can a great and interesting TV Series be cancelled at a vital point on the go”. Well that was a decision AMC had to to due to the ratings on Into The Badlands.

It was announced in February 2019 by AMC that the forth season of the TV Show won’t be released. This was due to the ratings they got on season 1 of Into The Badlands and that was so disappointing for fans all over the globe who followed that TV show for it’s really amazing to watch.

AMC announced the forth season wont be released though some keep hoping and reading news based on how the third season delayed before being released. The first part of the season 3 was premiered in April 2018 and no fixed date was revealed for the release of the other Air part but fans received an update in February 2019 of the show’s return which awake the believe of fans back for the show.

Into The Badlands didn’t give AMC the results they were expecting but yet didn’t stop them from renewing the 16th episode third season just at beginning of second season. Season 3 being the longest season But still AMC had confidence in the flourishing and growth of the show. Till then, it’s growth wasn’t that good for AMC and from there they knew the show was died. After all those analysis it was then obvious that the show couldn’t survive if they were to release more seasons.