How to Connect a PS5 DualSense, DualShock Controller to Android Phone, iOS Device and PC

In today's guide, I will show you how you can connect your PS5 DualSense or DualShock controller to your Android Phone, iOS and PC devices. PlayStation is one of the most used if at all the most use gaming console worldwide in all countries. It started its evolution from a series of low level console to the highest console it has in the market now: the PlayStation 5. Who doesn't wants a PlayStation 5? Everyone does and its sales in the marker increased since its release in the year 2020.

The previous PlayStation gaming console; PlayStation 4 was an exceptional gaming console due to its high quality graphics in games and when playing top rated games such as FIFA, God of War, Resident Evil, Watch Dogs, Far Cry, Battle field, you will notice that the graphics really changed and became interesting than that of the previous console.

It is noticed that when ever you test a newer version of PlayStation, you will not like to return to the previous one that follows it. Well this might not be the case for some people when it comes to PlayStation 4 without forgetting the PlayStation 4 Pro gaming console.

However, PlayStation has made it easy for most PS5 games to run on PS4 gaming consoles and this just proves that the PS4 console is an amazing console and compatible somehow with the PS5 console.

Android has taken their features to another level and we notices some apps that let you to run other OS on your Android device. We call them Android Emulators, iOS Emulators, PPSSPP emulators etc.

These emulators made it possible for all Android users to host and play games made for other OS on your Android device giving you full control as it you were on the guest device.

However, there is no emulator known for running PlayStation 5 games on Android.

In today's guide, I will show you how you can connect your PS5 controller to your Android Phone, iOS device (iPhone and iPad) and also to your PC so you can get better gaming experience thanks to the use of this controller be it a DualSense, DualShock 4 controller.

Concept of the PlayStation 5 Gaming Console 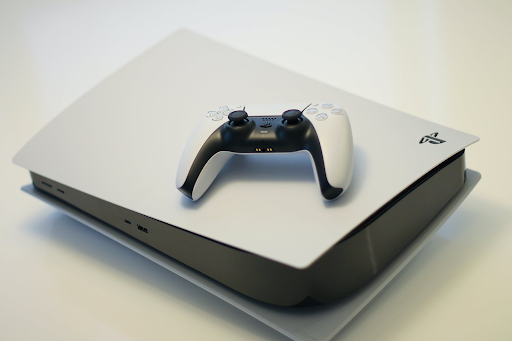 The PlayStation 5 (PS5) is a home video game console developed by Sony Interactive Entertainment. Announced in 2019 as the successor to the PlayStation 4, the PS5 was released on November 12, 2020, in Australia, Japan, New Zealand, North America, and South Korea, with worldwide release following a week later. The PS5, along with Microsoft's Xbox Series X and Series S consoles were released in the same month, is part of the ninth generation of video game consoles.

PlayStation 5 introduced another controller type for PlayStation - DualSense which came as a modification of the DualShock 4 controller.

READ ALSO: How to Make your Phone Number Private

How to Connect a PlayStation 5 Controller to Android, iOS and PC 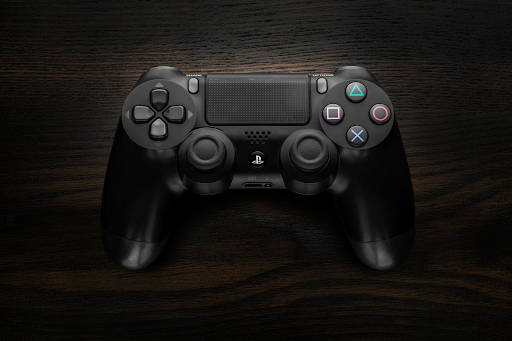 The DualShock PlayStation controller is available for all the series of PlayStation gaming consoles. It has some haptic feedback during gaming sessions and its vibration is of another level. Its experience when using it improved with the later versions from DualShock 2 to DualShock 4 and we noticed the improvement with the PlayStation 4 controller. On PS5 it is even best than you can think.

The DualSense controller has adaptive triggers with haptic feedback through voice coil actuators that can change the resistance to the player as necessary, supporting experiences such as virtually drawing an arrow from a bow.

The DualSense maintains the same buttons as the DualShock 4, though the "Share" button was renamed to "Create" with additional means for players to create and share content. It has a new built-in microphone array so that players can speak to others using only the controller, and the included controller speaker has been improved.

You probably want to know how to connect this amazing PS5 controller to your Android, iOS or PC device? Let's see that below.

READ ALSO: How to Track a Phone Location using a Mobile Number

How to Connect PS5 DualSense and DualShock Controller to Android Phone

Before we kick start, there is one thing you should know. Sony has not yet released a feature support for remote play on Android using the DualSense PS5 controller unlike on iOS who's version 14.5 released by apply supports remote play with the PS5 DualSense controller. However, there are so many apps that can get the job done on Android within seconds. Sony will certainly add a feature support for that in future updates.

READ ALSO: How to Create Android Apps For Free Without Coding Skills

As for the DualShock 4 PS5 Controller, it will remote play with Android definitely but the Android device must be running the Android Version 10 or above. Any inferior version will not work.

If you got a PS5 DualShock controller and an Android device of at least 10 as version, then follow the steps below to connect your controller to your Android phone for remote playing of your game.

Note!
Once Sony will release the feature support for DualSense controller, you can equally follow the above steps to connect the controller to your Android phone. The "Share" button here will be replaced by "Create" button. All the steps for connectivity are the same.

How to Connect a PS5 DualSense, DualShock Controller to iOS (iPhone and iPad)

Unlike support issues on Android, Apple has made it really easy for all iOS users using versions as from iOS v14.5 to connect their PS5 DualSense or DualShock controllers remotely to their iPhone or iPad devices. Not only does iOS v14.5 supports PS5 controller, but it equally supports Xbox series X controllers.

READ ALSO: How to Create iOS Apps For Free Without Coding Skills

So if your iOS device isn't yet running at least v14.5, consider to update it and follow the steps below to connect your PS5 DualSense or DualShock controller to your iPhone or iPad.

Note!
The same steps are to be followed if you wan to pair a PS5 DualShock 4 controller to your iOS device. In this case, the "Share" button will be "Create" instead.

How to Connect a PS5 DualSense Controller to PC

There are two ways you can connect your PS5 DualSense or DualShock controller to your PC which are by using a USB cable and by using Bluetooth (for PC that support Bluetooth). However, the USB method should work for everyone.

READ ALSO: How to Diable Automatic Updates in Windows 10

How to Connect a PS5 DualSense, DualShock Controller to PC using USB Cable

For this method, you are going to need to use a USB type-C to USB type-A cable, as the DualSense uses USB type C port instead of micro USB like the DualShock 4. Follow the steps below to connect your PS5 controller to PC using USB.

Note!
Windows 10 and above versions will easily detect the controller other than previous systems such as Windows 7 that will require you to install connectivity drivers.

READ ALSO: How to Increase Dedicated VRAM on PC without Entering BIOS

How to Connect a PS5 DualSense, DualShock Controller to PC using Bluetooth

If you are not fan of playing with wires or cables, then this option should be the best for you. However, your PC will need to have support for Bluetooth before it can be possible. Laptops or Desktops with Bluetooth adapters of at least 2.0 will work well. Follow the steps below to connect your PS5 controller to your PC through Bluetooth.

Note!
The same steps can be followed for paring a PS5 DualShock Controller to your PC through Bluetooth and the only difference will be the "Create" button which will in this case be "Share".

READ ALSO: How to Get Unlimited Free Virtual Credit Cards for Free Trials in Games

The above steps will get your PS5 controller connected or paired to your Android Phone, iOS device or PC without issues be it the DualShock or DualSense controller.

As for Android, you need to make sure that your device is at least 10 or above as Android version. You can equally check for updates of your Android device. However, on Samsung recent device, the connection shouldn't be a problem.

Apple had made it easy for all their users to pair their PS5 DualSense controller to their iOS devices and Android users are still waiting for the hot cake update from Sony.

PC users will not have problems too but to pair through Bluetooth, their Bluetooth devices will need to have support for such connection. So we recommended adapters of at least 2.0.

Graphic Designer, Web Developer, Ethical Hacker, Programmer, Content Creator is what I am and over all a Biochemist with an aim of bypassing all restrictions that separate me from my objectives.
#Android #Essential Tutorials #Gaming